Humans Recap: Season One, Episode One – These Synths Get Everywhere

In the dusky light of a hi-tech factory, rows of human-looking robots are lined up. They look like extras from a Kylie Minogue video, but they’re not, and this isn’t Toy Story, so they don’t break into a synchronised dance routine the moment the real humans leave the room. No, these synths mean business. They’ve got a job to do.

Busy dad Joe Hawkins (Tom Goodman-Hill) is a bit fed up with doing the vacuuming while his wife Laura is away on a work trip, so he goes shopping and decides to treat himself to a spanking-new synth. Oh, and she just happens to be gorgeous. “This is the best thing you will do for your family,” says the salesman, eager to seal the deal. “Plus, 30 days’ return. No questions asked.”

And so the glassy-eyed synth (played artfully and robotically by Gemma Chan, who has perfected the knack of staring just a bit too long for it to be comfortable) is unzipped from her plastic cocoon and ready for action. Joe even trusts her to drive home. 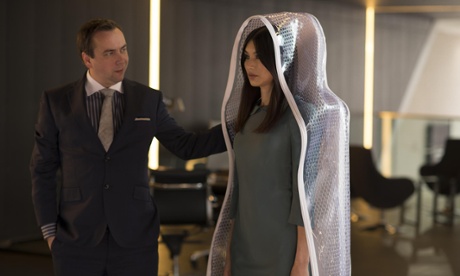 “Don’t go unscrewing her,” Joe warns his computer nerd daughter Mattie. “She’s expensive.” By the look on teenage son Toby’s face, he has the opposite in mind.

These synths are everywhere, by the way. If they’re not handing out free newspapers they’re picking up litter. How do you tell them apart from real humans? They have perfect hair, eyes like rabid teddy bears and a slightly robotic stance.

“It’ll mess with their heads”

Uh-oh. Laura (Katherine Parkinson, with her face so unimpressed) is back from Leeds. She knows something’s not right when the shoes are all lined up in the hall and the house is spotless. The synth is waiting, cleaning products in hand. “It’s not right,” insists Laura, worried about the kids. “It’ll mess with their heads.” Not that she’s got a leg to stand on. She’s been away for five whole days – the place was bound to fall apart if her husband didn’t shell out 20 grand for some android-based help. They name their synth Anita.

It’s not long before Anita claims the insidious level of power that comes with being the person who pushes the cafetiere plunger, and she has prepared a hearty breakfast. She even laughs at Joe’s jokes. “If I’d known you’d be joining us for breakfast,” he ventures, “I’d have ordered some micro chips.” Cue freaky giggles that stop only on demand.

Anita is a lot of use, but she’s always lurking in the background making Laura feel like an inadequate wife and mother. There’s something really annoying about her, but no one can quite put their finger on it. No wonder Mattie tries to shoot her at close range in her bedroom. Laura’s getting narky, too. “I didn’t buy Anita to replace you,” insists Joe. “I bought her to get you back.”

Mattie’s grades are slipping, but what’s the point of studying to become a doctor? “That’d take me seven years, but by then you’d be able to turn any old synth into a brain surgeon in seven seconds,” she sneers. 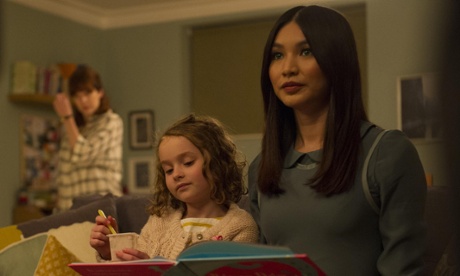 So that’s Anita settled in. But somewhere out there Leo (Colin Morgan) is lurking on a pylon-infested wasteland trying to get his precious synths back. Flashback to five weeks earlier: Anita and her mates are walking through the woods with the mysterious Leo when they’re dragged off into a car by an assailant. If Anita already has an owner, are her new suburban family harbouring stolen synthetic goods? Or is Leo a do-gooder who can’t bear to see these creatures being bought and sold?

No home is complete without a synth. Dr George Millican (William Hurt) has one that’s six years old and ripe for the recycling bin, but he’s having none of it: it’s keeping the memory of his late wife alive with chats about the past and offers of toast with apricot jam. His case-worker is not impressed. “The health service hasn’t ordered half a million of them for fun,” she chides as synth Vera (Rebecca Front, rocking a frozen stare) advances on him with a prodding finger.

Elsewhere, a man arrives home to find Simon the synth giving his girlfriend some pretty intimate physiotherapy before carrying her off to the bath. And he’s knocked up a tasty chicken and mango coleslaw. There’s even a lapdancing club staffed by synths. It’s scary stuff. But not as scary as the sight of Anita walking serenely into the night carrying Joe and Laura’s little girl Sophie in her arms … 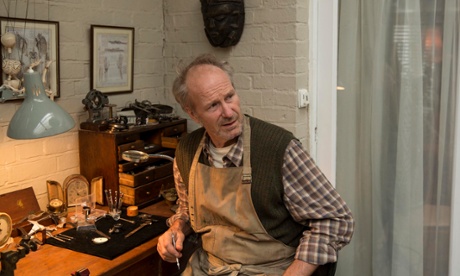 OK, so synths are a bit creepy, but they seem like a good idea when it comes to day-to-day living. Surely they’d be too busy feeding the cat and emptying your inbox to do any real harm. Plus, they’re never hungover.

There’s a theory that some synths can think and feel. Is Anita one of them, or was Laura “making lasagne and talking philosophy with a bloody tin can”?

That Fred is a shifty one. He even has a phone.

Won’t someone please snap up Vera, the NHS-grade synth played by Rebecca Front? She’s got a lot to give.

Then there’s the inevitable question: what are the consequences of bumping flesh with plastic? Human-synth sex is in the air, but would it have any by-products?

The big question left lingering is where on earth Anita is going with Sophie. And what does she want with her? 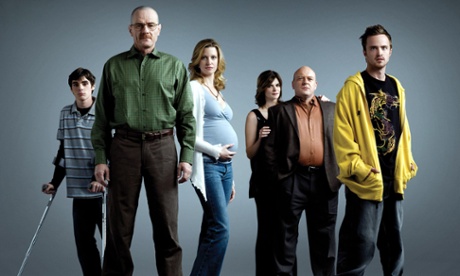 After Mad Men and Breaking Bad, what’s next for The Great American Drama? 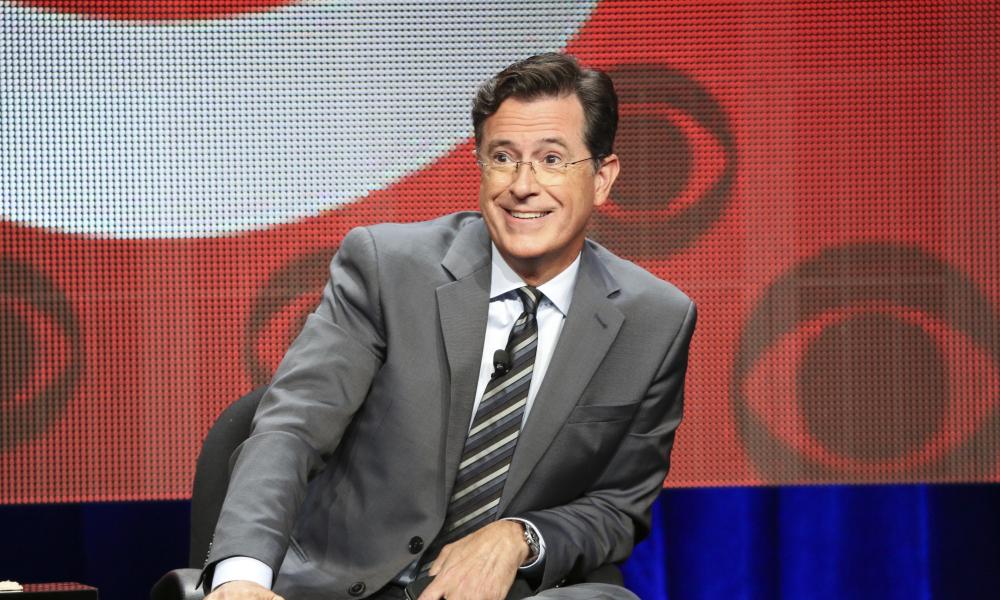 What's up with Britney Spears on Jane the Virgin? What we learned at the TCAs 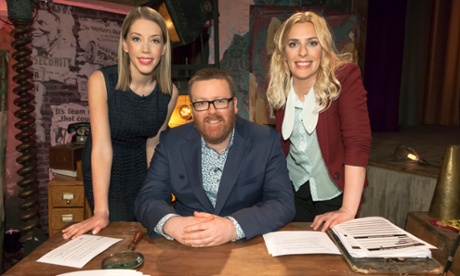 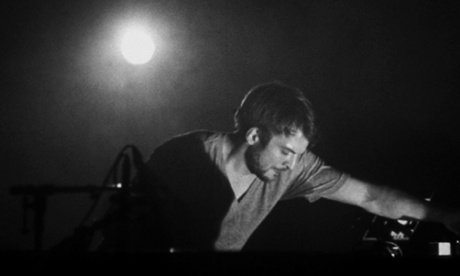 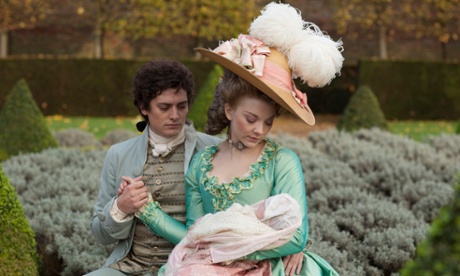 The Scandalous Lady W: a disturbing tale of sex and sensibility 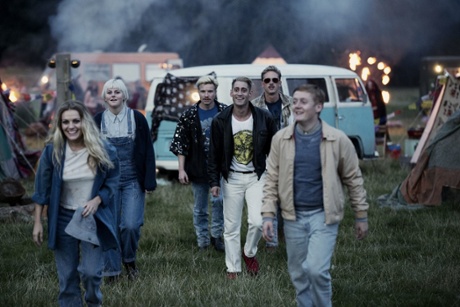